THE CHALLENGES OF THE INDIGENOUS PEOPLES OF SÃO PAULO

In 2014, the problem of food insecurity for Indigenous peoples in Brazil deserved the attention of the Food and Agriculture Organization of the United Nations (FAO). Recognizing Brazil’s progress in the fight against poverty and hunger, stressed that Indigenous people still suffered from food insecurity in the country. Thus, although Brazil during this period halved the proportion of the population suffering from hunger, several indicators showed that Indigenous and Quilombolas[1] were considered vulnerable populations not benefiting from these advancements. FAO has found that indigenous communities live in very adverse conditions that prevent them from accessing healthy and adequate food.

In the second edition of the study, launched in 2015, the UN agency highlighted the urgency of tackling persistent inequalities in certain population groups, particularly Indigenous peoples and other traditional communities. FAO has placed the creation and strengthening of federal, state and municipal public policies for these sectors of the Brazilian population among the four main challenges of Brazil in the coming years.

The reality of food insecurity and inequality of Indigenous peoples in Latin America has also concerned the World Bank. In a study launched in February 2016, the World Bank produced a publication entitled “Indigenous Latin America in the 21st Century – The First Decade“, in which it warned that despite the unprecedented reduction in poverty in Latin America (more than 70 million people emerged from poverty in the first decade of the 21st century), this progress had not benefited indigenous peoples in the region the same way.

[1] Quilombolas are communities of Afro-descendant people whose ancestors fled slavery on the Latin American continent. 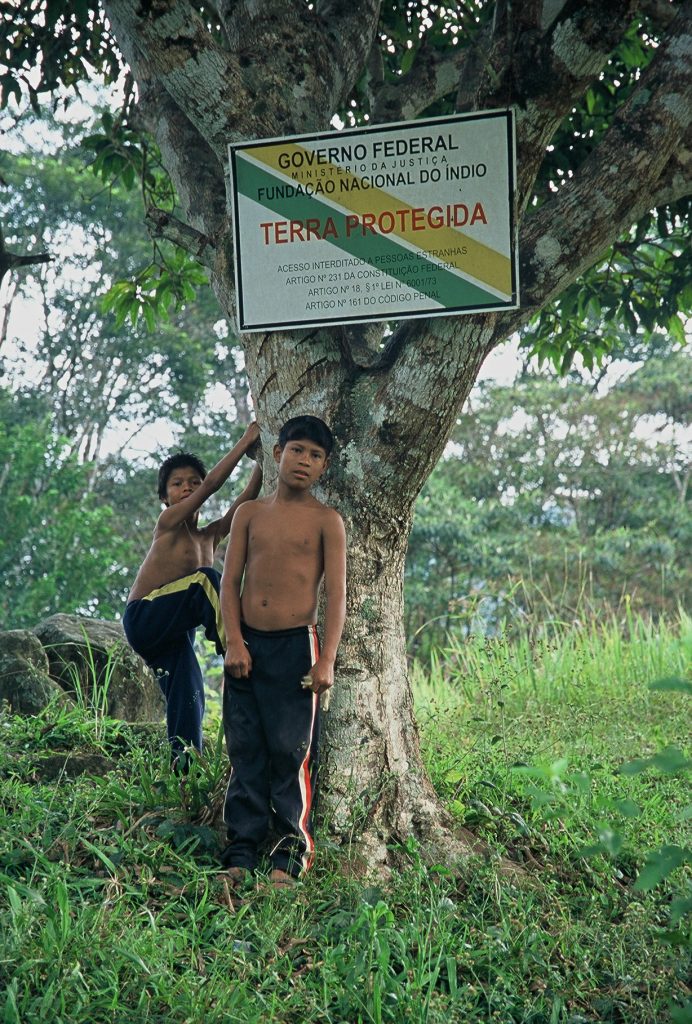 The Indigenous peoples of São Paulo

5% of Brazil’s indigenous people live in the state of São Paulo[2]. Among it, the majority of this population (91%) lives in urban areas outside of indigenous lands. However, there are still about 5,000 people from these populations who live on indigenous lands (regularized or not yet).

The dilemma faced by most indigenous villages in the state of São Paulo is to ensure healthy and adequate food on lands that do not have the appropriate conditions for physical and cultural survival. Even indigenous peoples with regularized lands are struggling to promote their food sovereignty.

The food sovereignty of Indigenous peoples is directly linked to the guarantee of their territories. “For us the earth is everything. Without land, we are nothing: we do not live, we do not have a culture. Once the land is demarcated, we have space to develop fields, plant, to live in our own way. Without land, the community does not exist, there is no life“, says Sérgio Martins Popyguá, from the indigenous land of Aguapeú.

The realization of the right to land is with no doubt the first fundamental step to guarantee the food sovereignty of indigenous peoples. Autonomy of property and full access to natural resources are the conditions to produce food that meets their needs and their food culture. For the anthropologist Maria Emilia Pacheco, it is not possible to talk about the fight against food insecurity without questioning the demarcation and possession of land and the excessive dumping of pesticides. “Without the territorial issue, which is a fundamental issue, it is very difficult to talk about the food sovereignty of indigenous peoples“, she said.

In the state of São Paulo, territorial security remains a challenge, as only 13 of the 30 indigenous lands recognized by Funai (Fundação Nacional do Indio – National Foundation for Indigenous Peoples) are demarcated and approved. The problem of food insecurity, however, is verified even in demarcated lands, as most of them do not have adequate conditions for their physical and cultural survival. Tiny lands, a growing population putting pressure on limited natural resources and new consumption patterns are among the factors of food insecurity for the indigenous peoples of São Paulo who have poor access to food, both qualitatively and quantitatively.

[2] The State of São Paulo is one of the 26 states of the Federative Republic of Brazil; state whose capital is the city of São Paulo. The State of São Paulo is the largest economic and industrial centre of Brazil. The process of occupation of the region ended up confining the indigenous peoples in small size lands which, together with the growth of the indigenous population and the adoption of new eating habits built the scenario of food insecurity.

The risks of abandoning the traditional diet

Increasingly, the indigenous peoples of São Paulo depend on non-indigenous for their food, which of course affects their autonomy and sustainability.

Access to food in the villages of the State of São Paulo is through donations (basic food baskets), but also through the purchase of food, with resources from the sale of handicrafts, workers employees, pensions and the Bolsa Família Program[3], and not by agriculture, hunting and fishing. Current sources do not guarantee quality food in sufficient quantity.

[3] This is a federal welfare program introduced in 2003 by the Lula da Silva government.

“In the old days, life was better, healthier. It was difficult to get food, but it was healthier, more cultural. Today, to survive, you have to work to make money.”

Márcia Voty, from the indigenous land of Tenondé Porã. 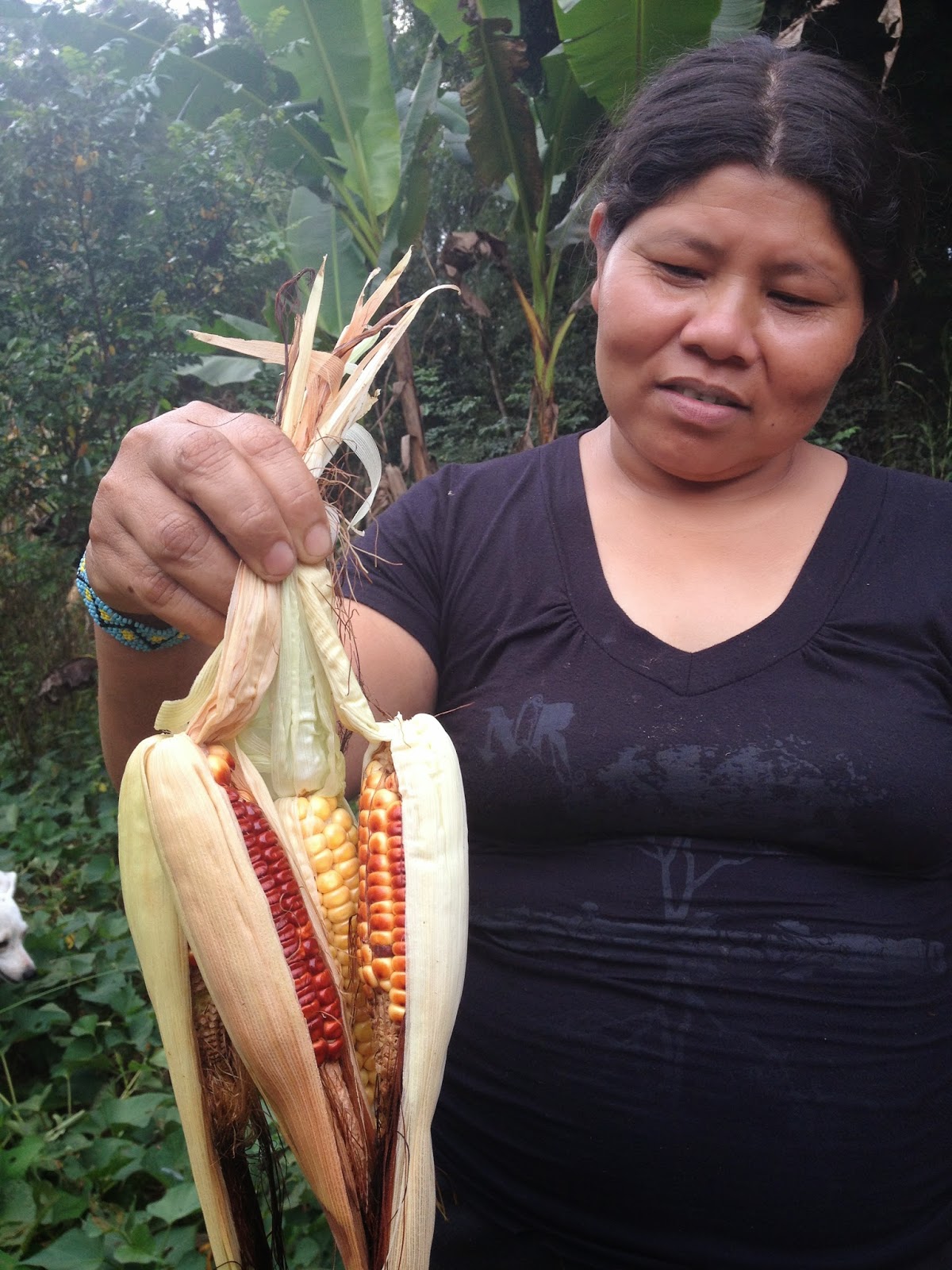 Changing dietary habits, often due to the difficulty of obtaining food through old practices such as hunting and fishing, have consequences for the health of the Guarani indigenous people.

The endocrinologist João Paulo Botelho Vieira Filho warns that the gradual abandonment of the traditional diet and the incorporation of industrialized foods (sometimes provided by the federal government itself), associated with the abandonment of the physical exertion of hunting, have affected the health of Indigenous peoples across the country.

Large-scale type 2 diabetes (acquired through eating habits) in indigenous populations is due to an important genetic factor: the ABCA1 gene, carried only by indigenous people . The genetic variant is to the accumulation of energy and fat to protect the body against periods of drought and hunger.

Food in Indigenous schools: how to incorporate indigenous practices and knowledge

Criticism about food currently offered in São Paulo’s indigenous schools is a constant. Indigenous educators have been consistently denouncing the situation for years without effective action being taken to reverse the situation. In general, the menu does not consider the Indigenous food culture and includes many processed foods of poor quality.

The Comissão Pró-Índio of São Paulo (CPI-SP) promoted initiatives to discuss the food sovereignty of the indigenous peoples of São Paulo and, in particular, the need to ensure healthy and culturally appropriate school meals. Initiatives undertaken include Indigenous women’s experiences with cooking, recipe sharing and food and culture thinking, as well as promoting debates with the presence of different stakeholders (educators, Indigenous leaders, representatives of the federal, state and municipal governments and NGOs). Since 2015, the CPI-SP has been advising the indigenous people of Piaçaguera, on the southern coast of the state, in their fight to improve the quality of school meals.

EXECUTIVE SUMMARY: Food in Indigenous Schools: Challenges to Incorporate Practices and Knowledge Article: Land and Food Sovereignty: Challenges for Indigenous People in São Paulo State Article: Territorio y soberanía alimentaria: desafíos de los indios en São Paulo
We use cookies to ensure that we give you the best experience on our website. If you continue to use this site we will assume that you are happy with it.Ok